Gournia, the best preserved city of the Minoans on the whole of Crete, located on the highway from Aghios Nikolaos to Ierapetra on the Gulf of Merabellou.

Gournia, which is situated in a saddle between two low hills along the highway from Aghios Nikolaos to Ierapetra, is the best preserved city of the Minoans on the entire of Crete.
The original name of this Minoan city is not known, and the present name comes from small, ancient hallows, which belonged to the houses of the settlement.

It is not to determine when Gournia was originally founded and only the ruins tell us the story. From the graves of Mochlos, however, we know that as early as the 3rd millennium BC, the merchants at the Gulf of Merabellou were rich people, since, beside the gorgeous stone-vessels, also dainty gold-jewelry was attached to the robes of the dead.

It is thus presumed that Gournia was already founded in the third millennium BC., but the remains to be seen today date from the time of the Neopalatial period around 1,500 BC.
As in other places in Crete, Gournia was also destroyed around 1,450 BC. Restricted reconstruction took place in the era of Mycenaean rule in Knossos and the shrine was constructed at this time. However, the city was finally abandoned after a fire – about 1,200 BC – and disappeared into oblivion.

However, a look at the map reveals Gournia’s former strategic location. Here lay the control of the isthmus and the shortest connection by land to the south coast at Ierapetra. The land route avoided the dangerous sea voyage around the Eastern Cape of Crete, which is covered with shallows and cliffs.

Arthur Evans suspected, as usual one of the first, that Minoan remains had to be present in this area. Finally, a young American, Harriet Boyd-Hawes, began to search for it in 1901. By 1904, Gournia had been completely excavated.

The town was crossed irregularly and without a fixed plan, with stone-paved uphill, narrow streets running from north to south. In addition, many horizontal roads intersected the settlement. These roads were clearly designed for pack animals rather than for carts.

The settlement is not very large with its size of 160,000 sq ft (1.49 ha) by comparison to the Minoan palaces, which can be visited. However, Gournia would have been just as good or poor as an average village on Crete 50 years ago.

The houses were one-storey or two-storey with a door on a stone threshold to the street and often consisted of only one room. The walls were made of bricks, which were plastered with light gray. The floors were made with mortar, with tiles and slaked lime.

One can well imagine the community living in a narrow space, which lived here 3,500 years ago. However, the buildings were not quite as narrow as it might appear, as many of the structures to be seen today were only the basements and cellars, which were accessible from the main room above stairs. And the basic plans of the main rooms do not have to match the basements.

(28107)
£29.95 (£0.37 / count) £25.32 (£0.32 / count)
It is important that consumers always wait for brewing to stop (indicated by the change in the LED light from flashing to solid light) before opening the appliance brew head . The consumer should be advised not to use artificially-softened water (sod... read more
(as of June 24, 2022 16:31 GMT +03:00 - More infoProduct prices and availability are accurate as of the date/time indicated and are subject to change. Any price and availability information displayed on [relevant Amazon Site(s), as applicable] at the time of purchase will apply to the purchase of this product.)

£6.50 £47.99 (as of June 24, 2022 16:32 GMT +03:00 - More infoProduct prices and availability are accurate as of the date/time indicated and are subject to change. Any price and availability information displayed on [relevant Amazon Site(s), as applicable] at the time of purchase will apply to the purchase of this product.)

(10224)
£6.00 (£1.01 / l)
Rubicon Sparkling Mango is bursting with real fruit juice and with finer handpicked Alphonso mangoes for a sweet, distinctive delicious taste Rubicon make sure that only finer fruits make it into Rubicon drinks for you to enjoy better flavours Rubico... read more
(as of June 24, 2022 16:36 GMT +03:00 - More infoProduct prices and availability are accurate as of the date/time indicated and are subject to change. Any price and availability information displayed on [relevant Amazon Site(s), as applicable] at the time of purchase will apply to the purchase of this product.) 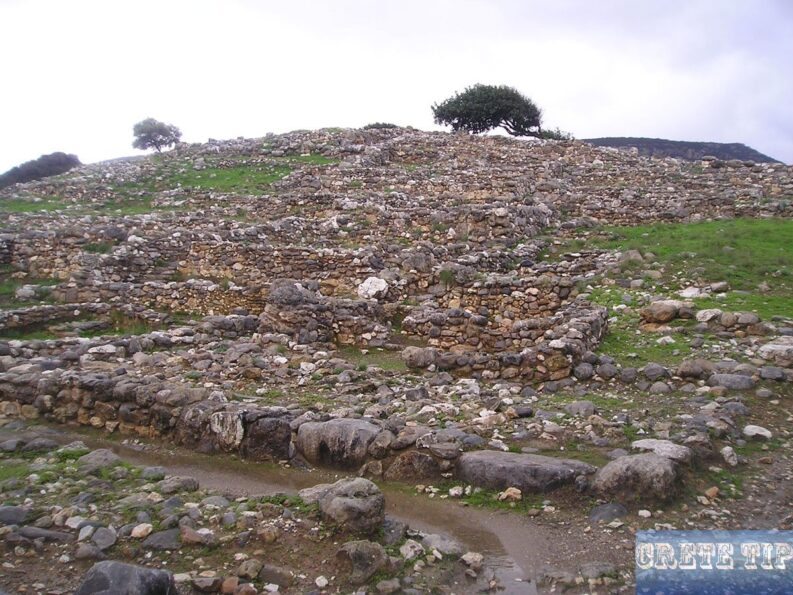 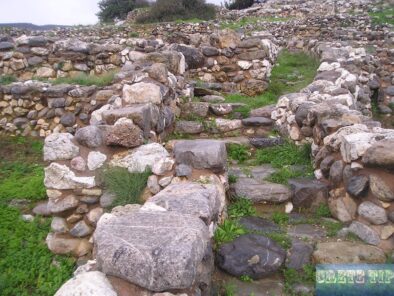 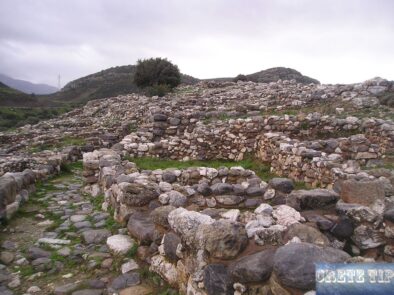 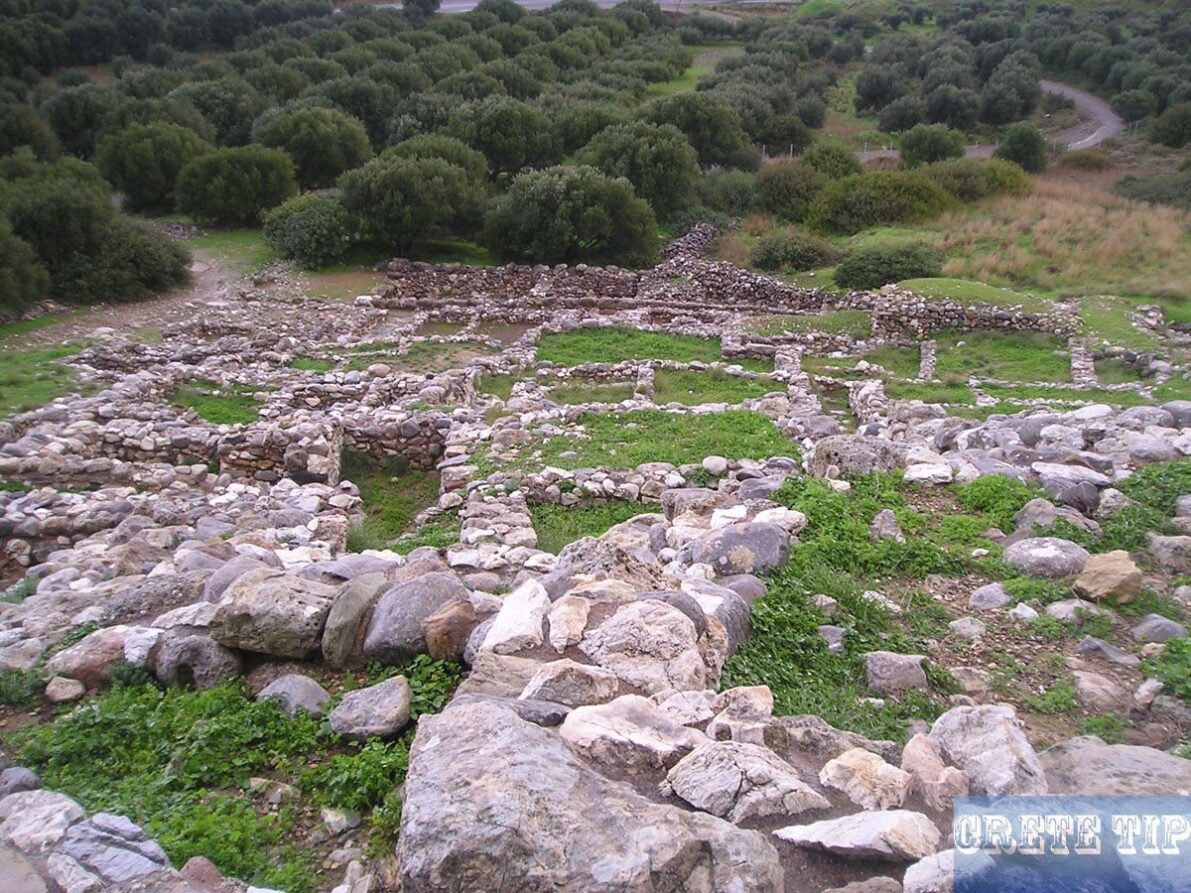 Among the discoveries that the excavations carried to the light of the day were saws, chisels, needles, various kinds of hammers, etc., which gave us a complete picture of the way of life and the occupations of the inhabitants, who were lived as simple people from craftsmanship, agriculture and fishing during this period.

On the top of the hill is a larger building structure, the ‘Palace’ of the governor, with a square in the middle. In principle, it is practically a small mini-copy of the palaces of Knossos and Festos with magazines, courtyards and living quarters.
However, the building was in no way clearly defined by the houses in the neighborhood, which is a good sign that the inhabitants lived peacefully together in their community. Nor did the entire city have any protective walls, as the Minoan fleet offers the safety.

20 yards (ca. 18 m) north of the ‘Palace’ is a shrine. It is easily visible through the sloping path, paved with a complex pattern of evenly tuned stones. The Shrine itself, three steps high, is a small room with a bar for cult objects. Here a series of terracotta goddesses with raised arms were excavated, as well as snake totems, double axes and other cult objects, which are now to be seen in the Archeological Museum of Heraklion.

If you drive from Aghios Nikolaos on the highway to Ierapetra, you will see the excavation site on the right near the road, just a short distance before you reach the southern tip of the Gulf of Mirabellou.

Tip: Gournia is not too far from the Ha Gorge and Ierapetra or Agios Nikolaos (depending on where you start the tour), where a visit could be well-connected.