Crete Aquarium at Gournes.
The Crete Aquarium is the most spectacular marine aquarium on Crete with many aquariums, some of them huge.

At Gournes, 10 miles (ca. 16 km) east of Heraklion, the most frequently developed coastline is interrupted. There, to the west of the village of Gournes, a former air force base of the US Air Force awaits its rehabilitation and revitalization.

So far only the Gournes Animal Shelter and the Crete Aquarium were built, which are surrounded by destroyed fences and crumbling roadways.
The Crete Aquarium is the most spectacular marine aquarium on Crete and the signposts from the highway can hardly be overlooked.

The Crete Aquarium has 30 tanks, some of which are huge, and houses almost all the marine animals of the Mediterranean, from threatening sharks to colorful jellyfish.
The Crete Aquarium is part of the Greek Center for Marine Research, which is a purely pedagogical, scientific and charitable project.

Most of the fish and creatures found in the waters around Crete are among the 250 species present here and there are more than 2,500 individual creatures. It is the largest of its kind in the Mediterranean and was built in 2005 and considerably expanded in 2008-2009 to its present size.

More photos from the Crete Aquarium: 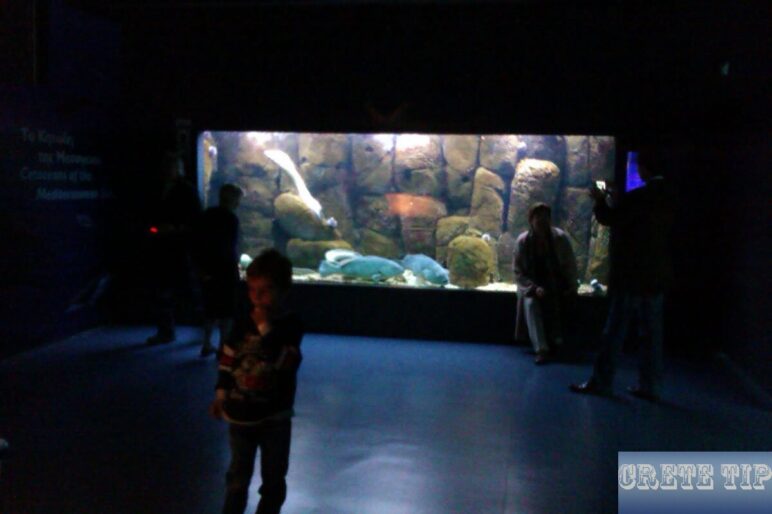 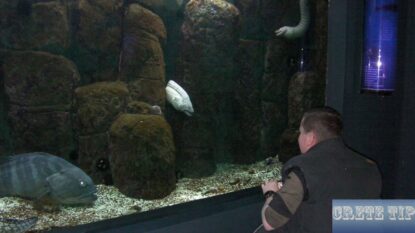 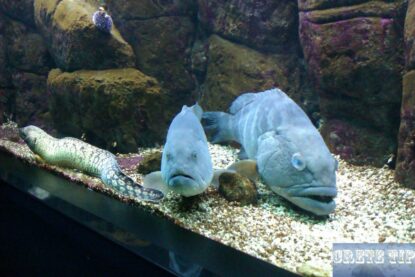 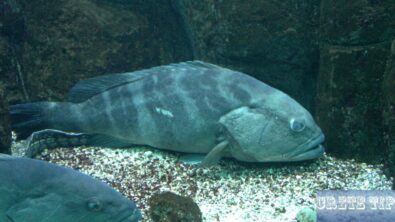 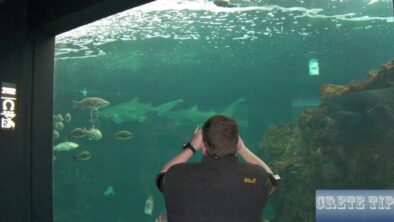 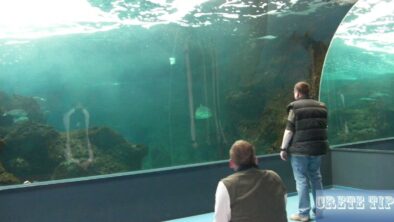 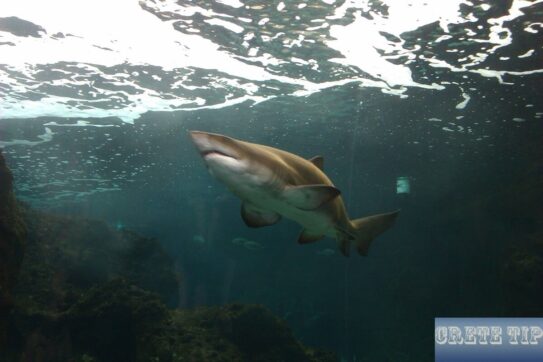 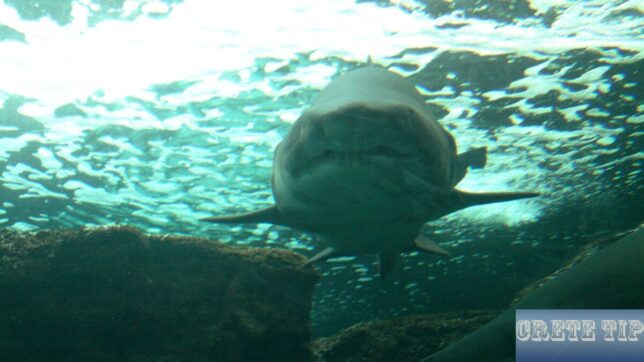 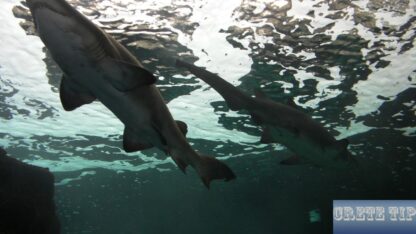 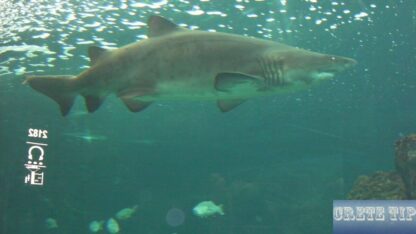 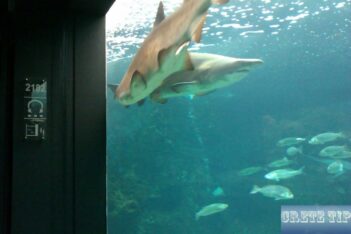 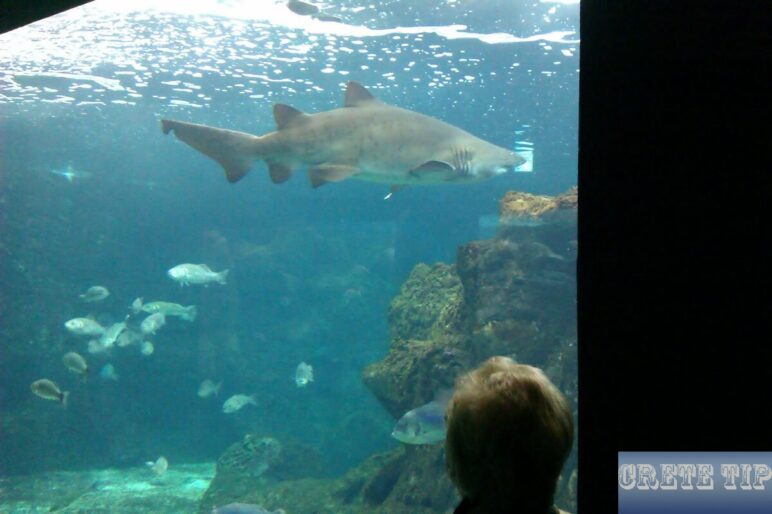 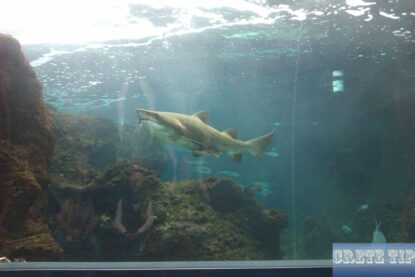 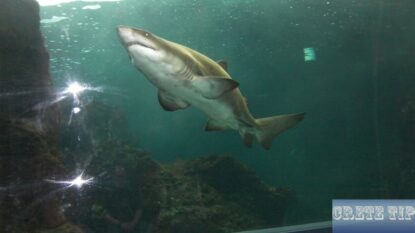 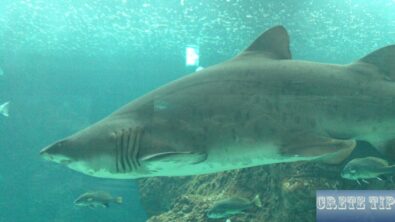 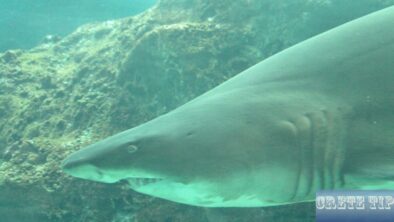 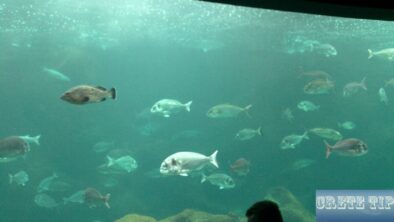 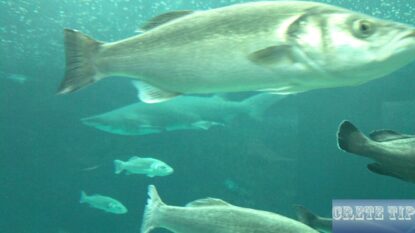 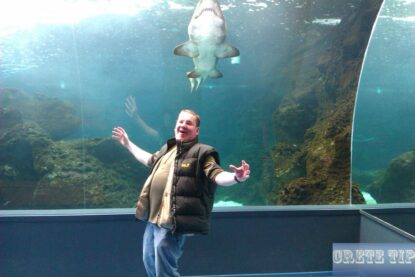 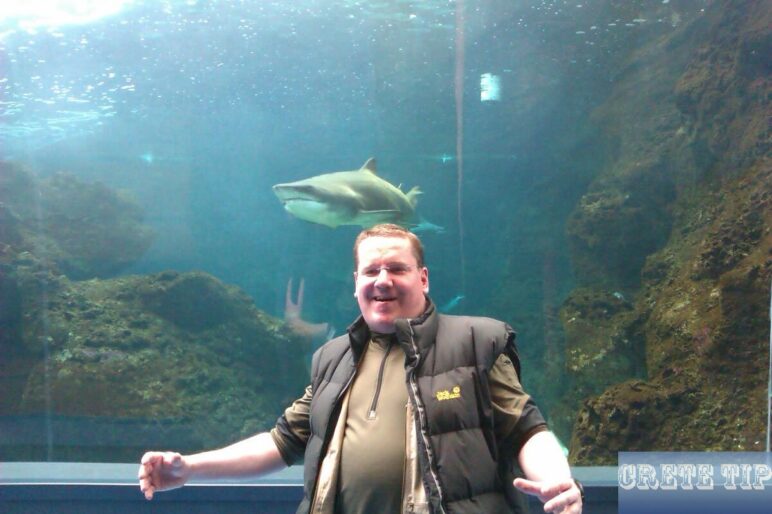 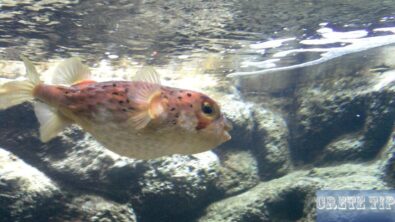 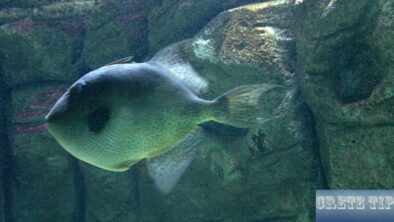 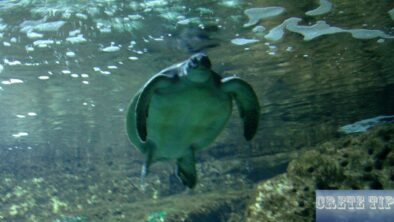 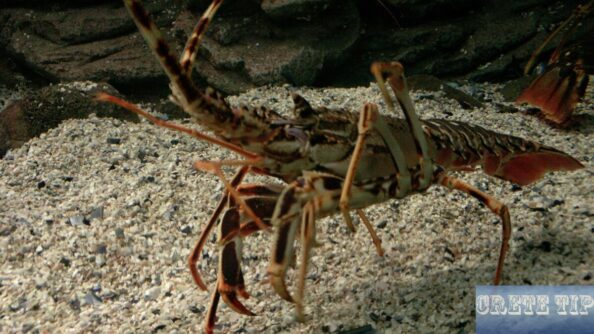 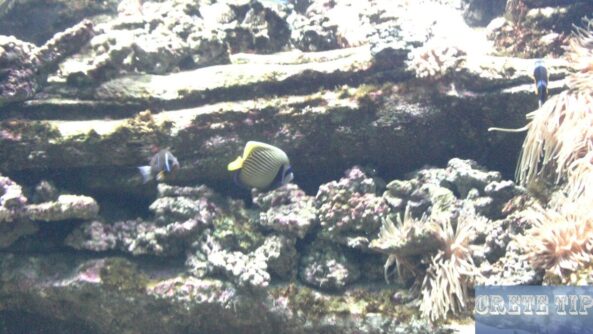 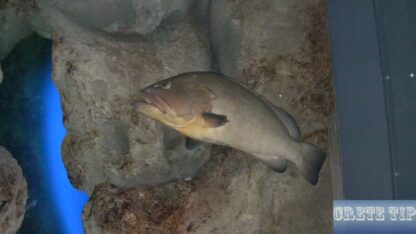 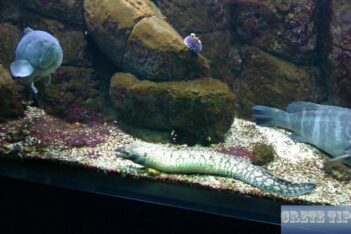 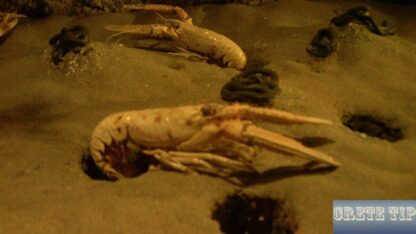 The aquarium is divided into several areas. At the beginning you can find the ground and cave dwellers in darkened aquariums, which correspond to their natural environment. These include rays, grouper, the red dragon head, and other species like these.

Then follow the fishes from the open sea, like the turtle ‘Caretta Carette’, sharks, cuttlefish and bear burs.

As next are following the marine animals of the coastal zone before Crete, such as water anemones, lobster, jellyfish and the sea junker.

Finally, the area of the tropical species migrating through the Suez Canal from the Red Sea. These include the clown fish, the up to 2 yards (1.83 m) long hunter Cobia and the rabbit fish. The Center for Marine Research also examines the impact of these ‘immigrants’ on the natural population in the eastern Mediterranean.

Apart from people with extensive knowledge of the marine biology, it is recommended to take the audio guide at the cash desk, which provides many fascinating background information about the sea life to be seen.

For the visit, which is always impressive and never boring, can be planned well and gladly at least 2 hours. In addition to the aquarium, there is also a cinema, in which various nature documentaries are shown, but for which extra time should be planned.

There is also a cafeteria and on the beaches in front of the Crete Aquarium you can also spend a day in the sun and bathing.

(12321)
£12.00
A sweet fruit burst of Sicilian Blood Oranges offers a smooth crisp taste of the Mediterranean sun Bright, zesty aromas head up a clean, citrus Gin Botanicals Include; Juniper, Coriander Seed, Cassia Bark, Orris Root, Angelica Root, Liquorice, Sweet ... read more
(as of May 6, 2021 - More infoProduct prices and availability are accurate as of the date/time indicated and are subject to change. Any price and availability information displayed on [relevant Amazon Site(s), as applicable] at the time of purchase will apply to the purchase of this product.)

(9)
£4.99 (as of May 6, 2021 - More infoProduct prices and availability are accurate as of the date/time indicated and are subject to change. Any price and availability information displayed on [relevant Amazon Site(s), as applicable] at the time of purchase will apply to the purchase of this product.)

(2464)
£6.00
Comfort Pure Fabric Conditioner is the UK’s number one fabric conditioner for sensitive skin* This fabric softener is hypoallergenic, dermatologically tested and gentle next to sensitive skin Comfort’s skincare research is recognised by the British S... read more
(as of May 6, 2021 - More infoProduct prices and availability are accurate as of the date/time indicated and are subject to change. Any price and availability information displayed on [relevant Amazon Site(s), as applicable] at the time of purchase will apply to the purchase of this product.)