Sitia is one of the most beautiful, cleanest, cheapest, with many hotels and also animal friendly cities in Crete. Much like an amphitheater built on the back of the hill of the same name, recalls the town to places in Italy.

That is not so very surprising, since the region was under Italian influence during the expulsion of the Turks and the reconstruction of the city in the late 19th century, and during the Venetian period in the Middle Ages, as well as during the occupation in WW2. 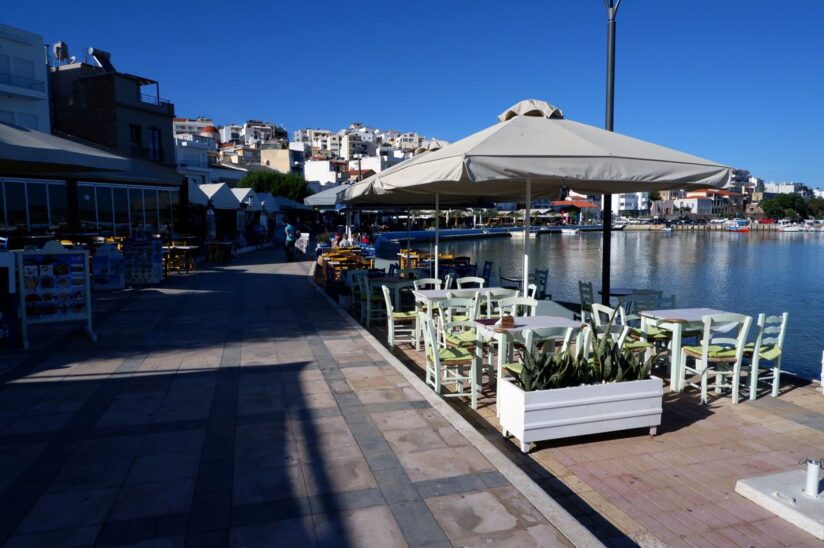 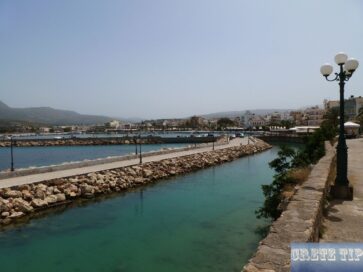 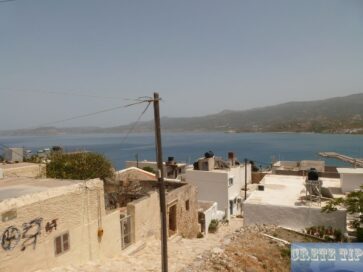 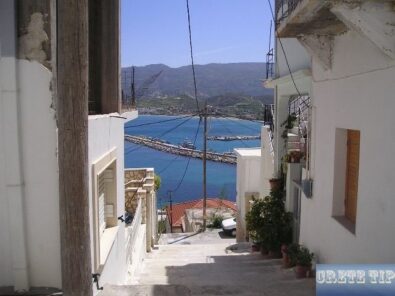 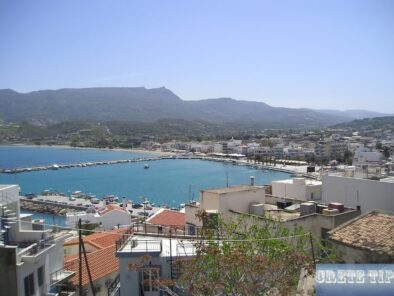 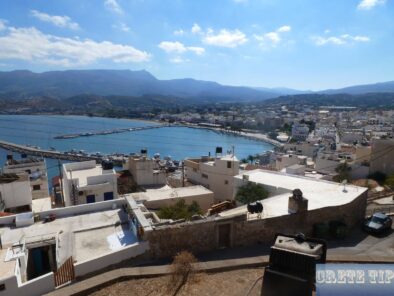 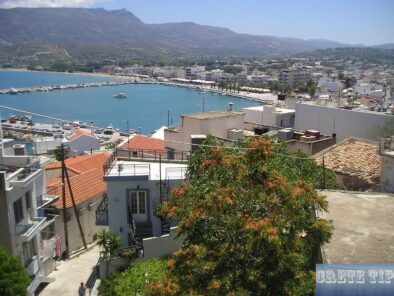 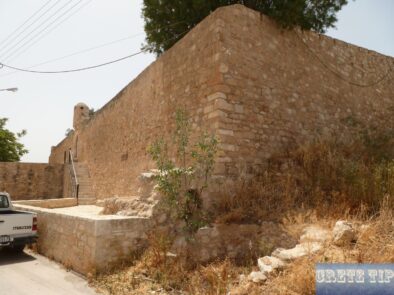 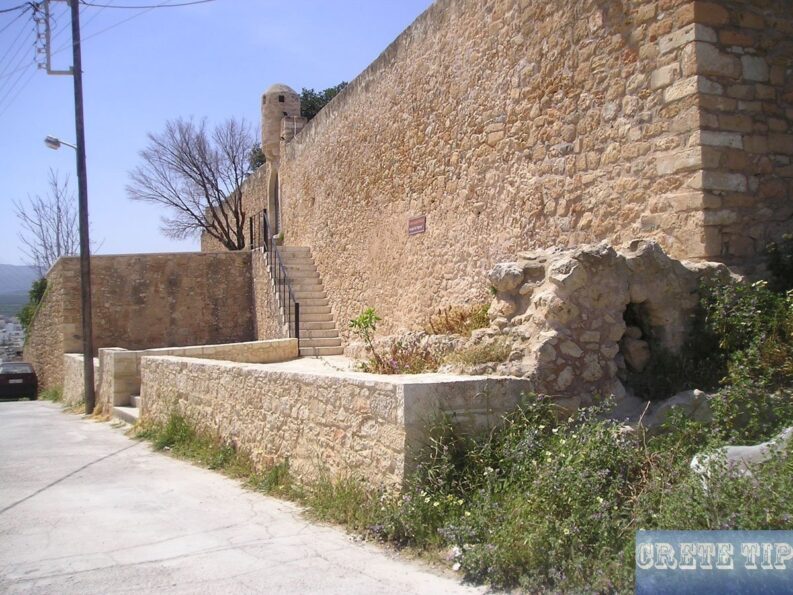 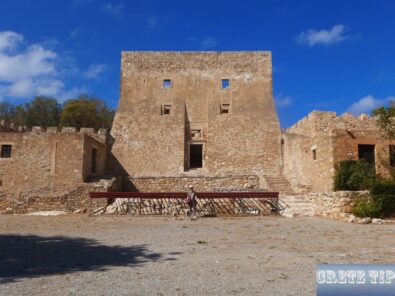 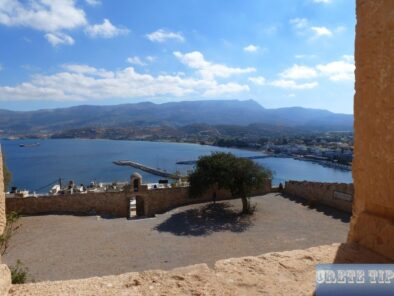 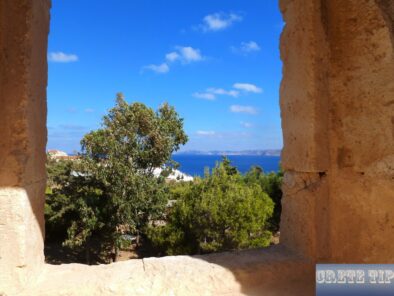 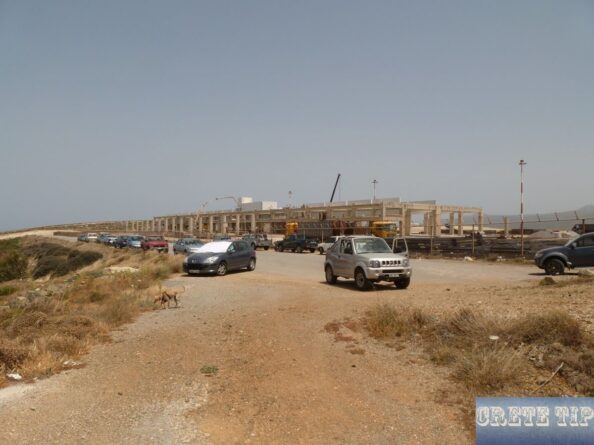 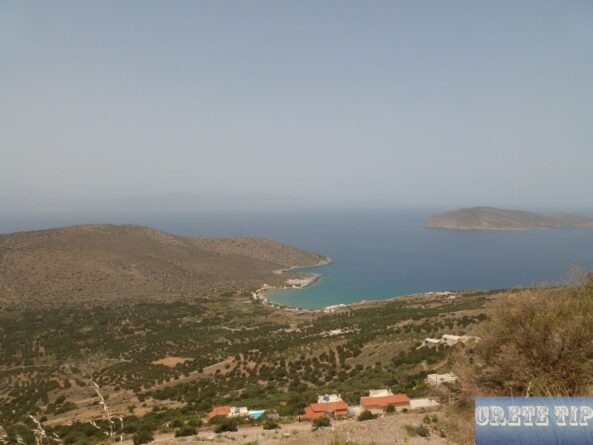 The Folklore Museum offers an entertaining insight into the traditional life of Cretans. There are displays of antique furniture, costumes, kitchen utensils and ceramics from the region, but especially textiles and embroidery.
There is also a working loom where museum staff demonstrate how to work it. The finished pieces can be purchased in a small shop in the museum.

400 metres south of the centre on Ierapetra Street is the Archaeological Museum of Sitia, founded in 1984. It is open Tuesdays to Sundays from 9.30am to 4pm and admission cost €3.
Eastern Crete is rich in ancient mountain sanctuaries, Minoan villas and country houses. Many finds from these sites, as well as from the palace of Zakros and from excavations in and around Sitia, are on display in the modern building.

The museum’s greatest treasure, the Palekastro Kouros, can be seen as soon as you enter the museum. This small figure of a man is an extremely intricate work dating from around 1500 BC, made from eight interlocking pieces of hippopotamus ivory. When completed, it would have been decorated with a gold Minoan belt, bracelets and shoes. Note that the left leg is slightly forward in accordance with Egyptian convention for depicting his statue form.

To the left of here is the main room, where finds from the Early Minoan cemetery at nearby Agia Fotia are on display, as well as some fine stone vases from Mikholos and its neighbouring island of Psira. There are also more recent finds from Petras, the southern suburb of Sitia, where important buildings from the Minoan New Palace period have been excavated. Huge pithoi (clay vessels) were stored in a large building there, many of which are displayed around the museum.

The Zakros section includes a bronze coffin and a wine press from a Minoan villa near the palace. Here, too, there is a display case full of tablets with Linear A characters found in the archive room of the palace, on which Minoan characters have been delicately carved into soft clay. Some show signs of having been attacked by the fire that destroyed the palace. It was only through the fire that they were also preserved, so they have survived into our own time, otherwise they would have crumbled to dust long ago.

A nearby display shows the kitchen, so far the only one ever clearly identified in a palace. It consists of an excellently preserved terracotta grill that was probably used to cook a type of early souvlaki. This type of cooking had been known in the Greek world since pre-Mycenaean times and was also mentioned by Homer.

There is still a Hellenistic section with a grain mill and a Roman section. In front of the exit is a tangle of Roman pots encrusted with barnacles, which probably came from a wreck and are preserved in a fish tank with salt water.

Palace of Petras and the Venetian Tower

About 1 mile (1.5 kilometres) east of Sitia is the Minoan Palace of Petras. Right next to the access area are the remains of a small Venetian watchtower, built at the end of Venetian rule around the 16th/17th century. It was intended to ensure visual contact between the fortress of Kasarma above Sitia and the settlement of Liopetro. The tower originally had two levels and dome-shaped roofs, which were connected by a stone staircase. 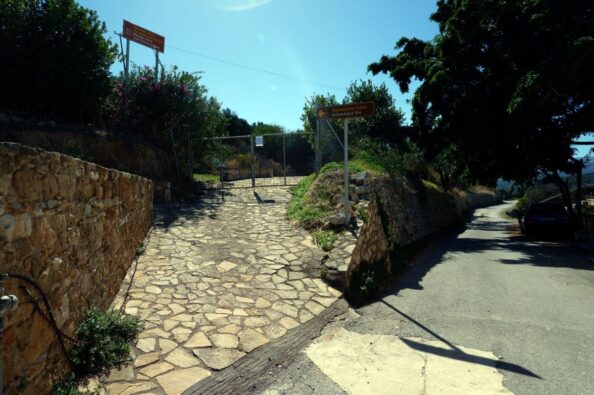 Entrance area to the palace of Petras. 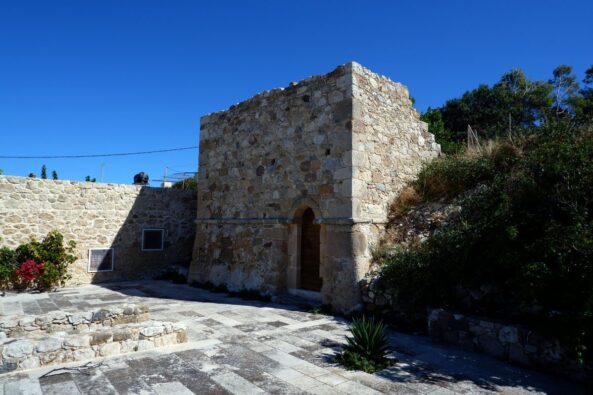 Right next to it is the 16th/17th century ‘Venetian Tower’, which was intended to provide visual contact between the Kasamara fortress above Sitia and the settlement of Liopetro.

1.2 miles (2 kilometres) east of the town off the main coastal road is a signposted path marked as an ‘Archeologial Site Trypitos’. It leads about 100 metres to an agricultural building where you can park.
Here are the recently discovered substantial remains of Hellenistic Sitia (Choros Ellinistiki Poli Tripitou), dating from the third century BC and later. The remains excavated so far include easily identifiable ruins of dwellings, rooms and streets, and the ongoing excavations will undoubtedly bring more to light in the coming years. 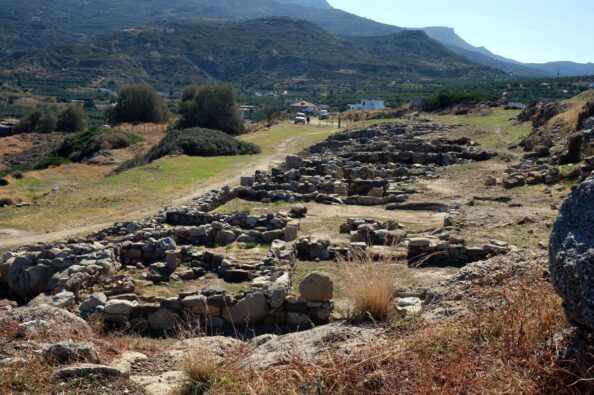 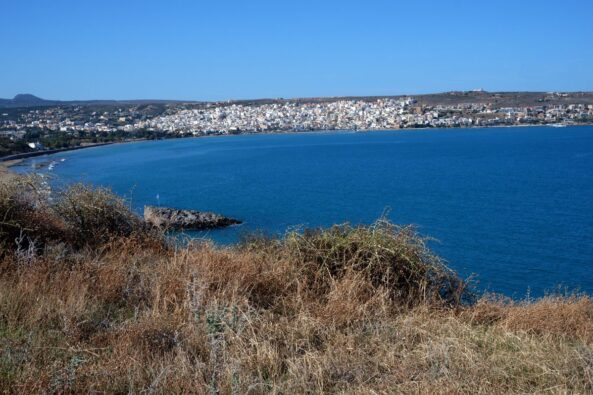 From Hellenistic Sitia, the view of present-day Sitia.

Agia Fotia is about 2 1/2 miles (4 km) east of Sitia. Follow the signs on the eastern edge of the village to the cemetery.
In 1971, the largest Minoan cemetery ever found on Crete was uncovered near the sea at the edge of the village of Agia Fotia.
More than 250 chamber tombs from the early pre-palatial period came to light. Among the outstanding finds of vases, fish hooks, daggers and stone axes were a number of lead amulets, indicating that these early Minoans considered lead a precious metal as well as silver. The pieces are now on display in the archaeological museums of Sitia and Agios Nikolaus. 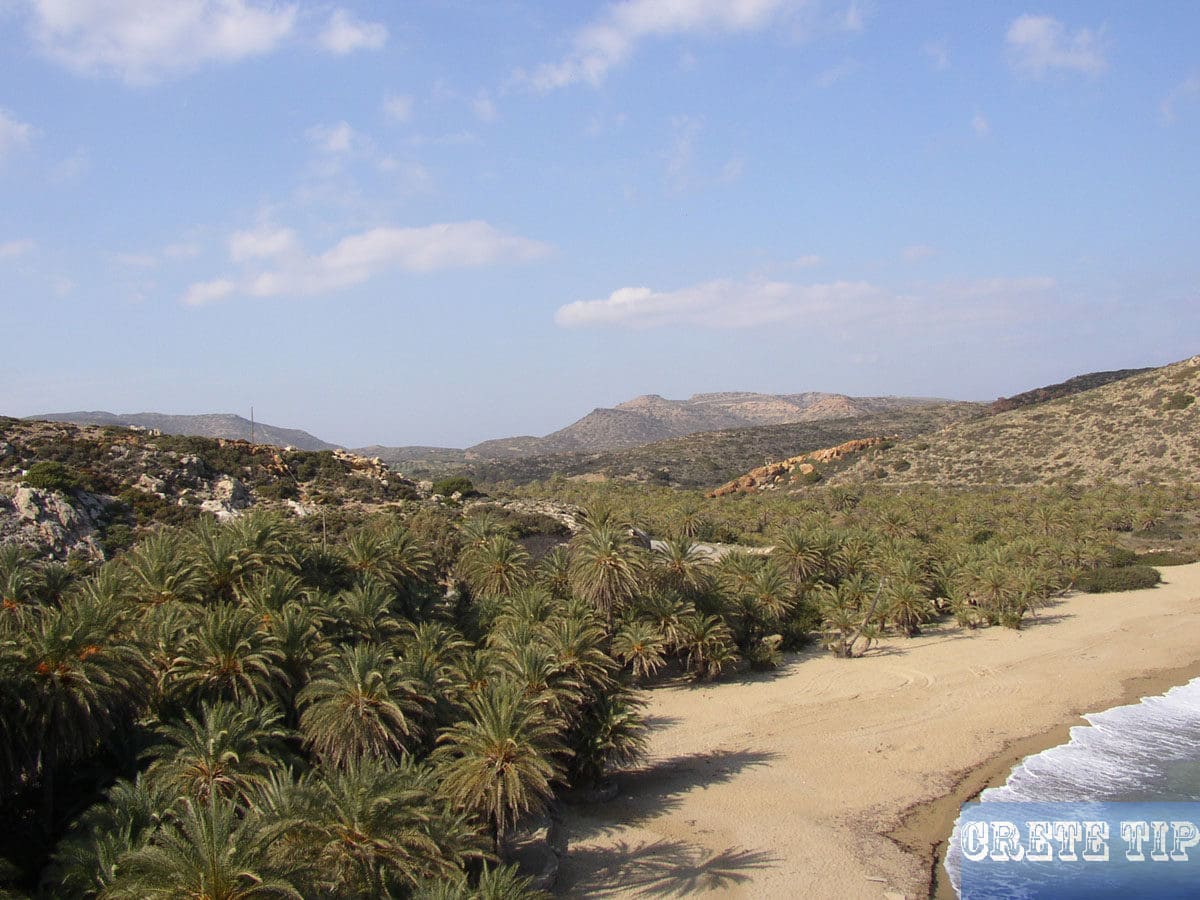 On the east coast of Crete: Vai and Zakros. The famous palm beach of Vai Finikodasos and Zakros with its Minoan palace and the walk… 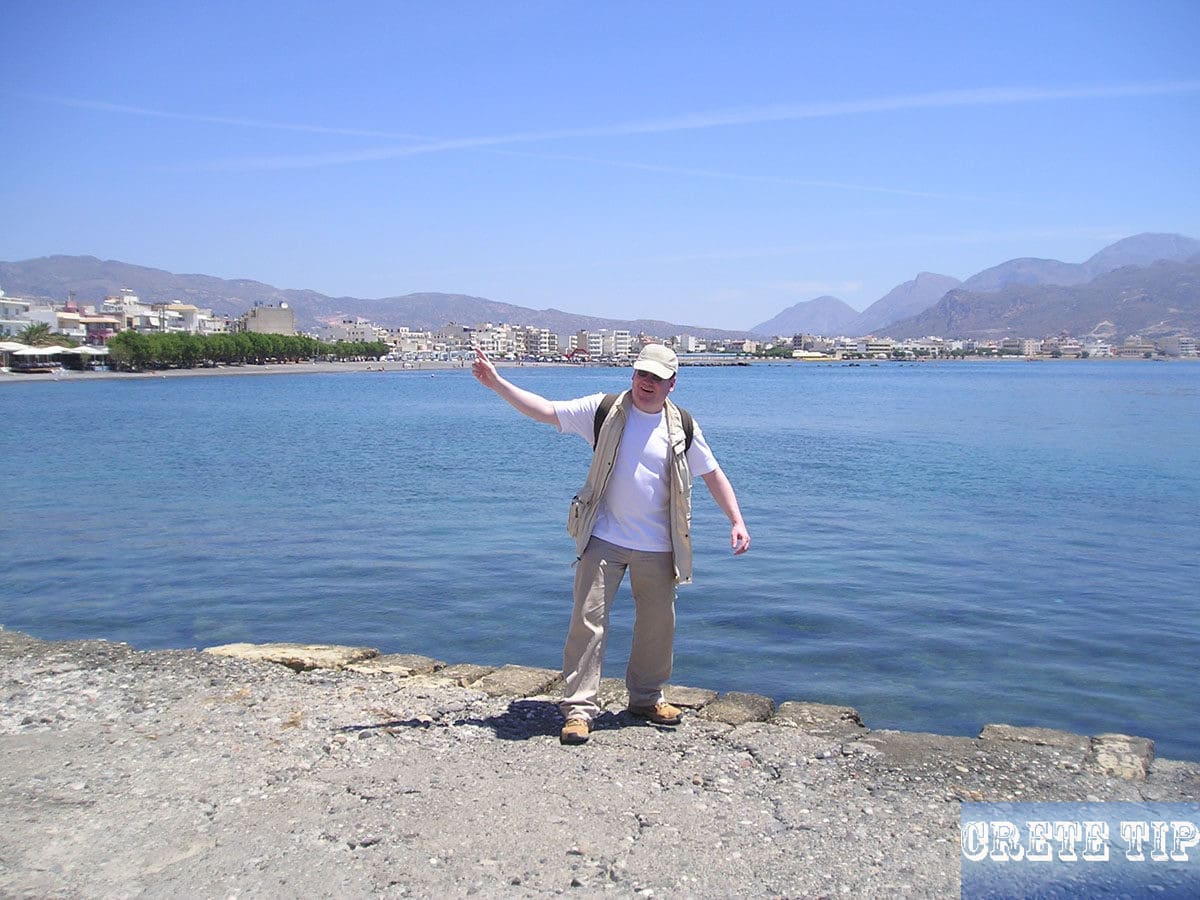 Ierapetra, the southernmost city of Europe with the mildest climate and most hours of sunshine. History, Archeological Museum, Citadel Kales, Old Quarter, beaches and hotels,… 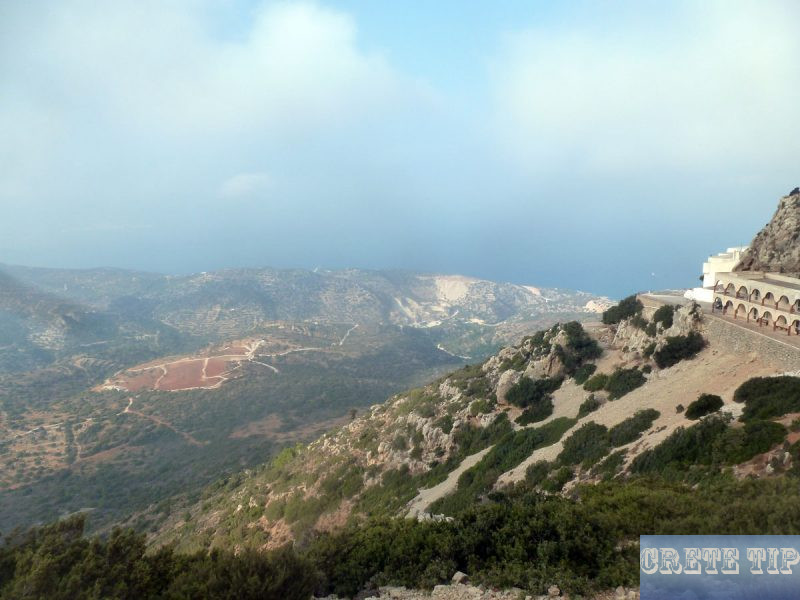 On the isthmus of Crete at Istro and surroundings. Monastery Moni Faneromeni, Minoan city Gournia in front of Pachia Ammos and the imposing Ha Gorge…