The Greek orthodox Easter celebrations in Crete.
Easter is the most significant festival in Greece and has the importance of Christmas in Western Europe.

Every Greek is trying to be at the celebrations in his hometown, and also many Greeks from abroad are travelling to Crete or other locations in Greece.

There are also many tourists who want to have an experience about the Greek Orthodox Easter celebrations on Crete, from where are the pictures further down are coming.
Although the date of Easter of the Orthodox Church is also defined as in Western Christendom (first Sunday after the full moon spring), the dates almost always differ between one and four weeks, as the Eastern Church has not followed the Gregorian calendar reform.

40 days before Easter Carnival takes place, in which the Greeks traditionally fly kites in the air and take the last sumptuous meal before fasting is starting.

The sad climax of Easter Week is the Epitaphios Procession on Good Friday. The joyful climax is on Saturday at midnight when the priest, invoking ‘Christos Anesti’ (‘Christ is risen’), reaching a candle from the altar room ! From the candle the bystanders light their own candles and light the candles of all others.

On Crete there is a pile of wood in front of the church, which is lit, and the symbolic Judas is burned. With the candle in his hand all are going home. Long after midnight, the lamb offal soup ‘Magiritsa‘ is consumed. On Easter Sunday, everywhere, lamb skewers are rotating over a charcoal fire.

Video of the Greek Orthodox Easter Mass at Plaka. 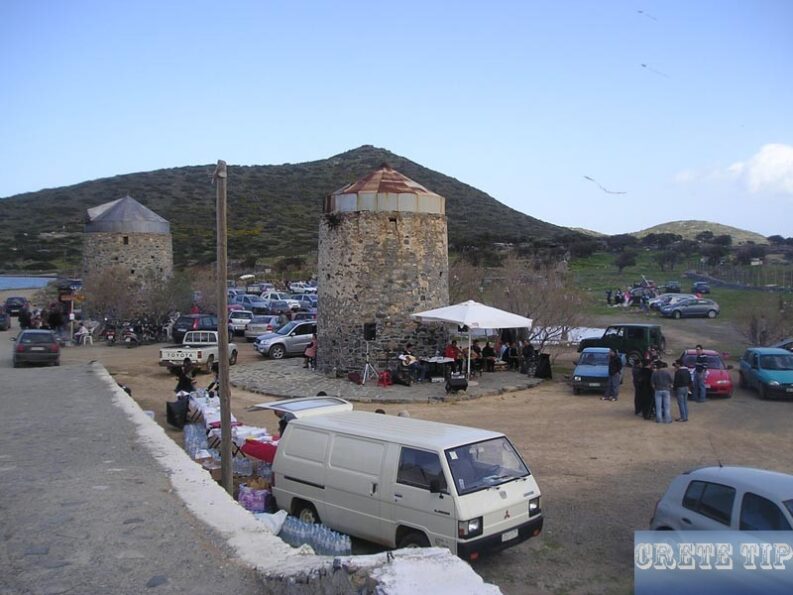 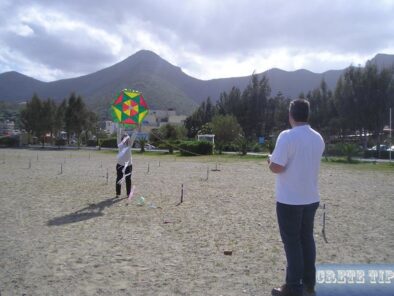 At carnival the Greeks let fly kites in the sky. 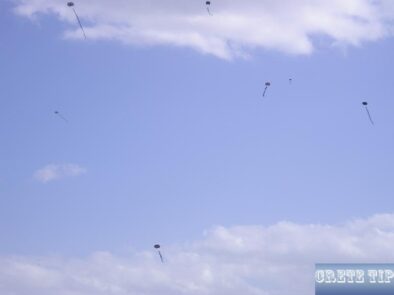 Kates at carnival in the sky. 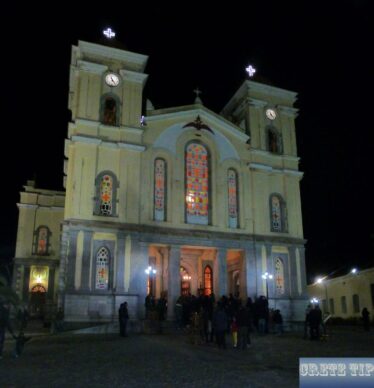 Festive illuminated church on the night to Easter Sunday. 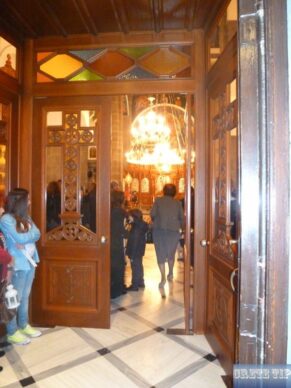 Easter mass In the church in the early hours of Easter Sunday. 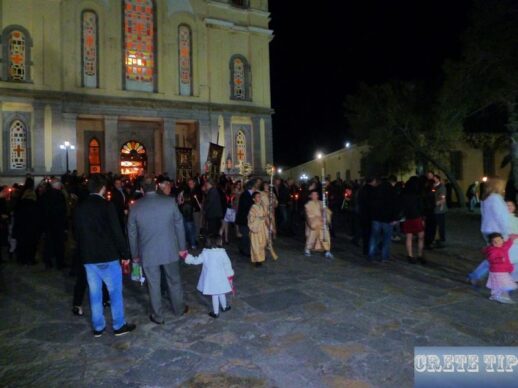 Excerpt of the priests and faithful of the Church at midnight. 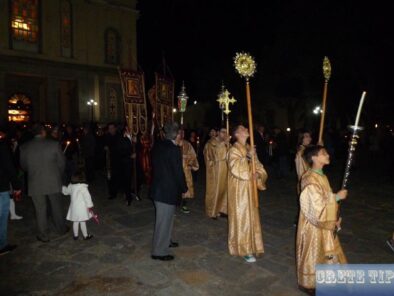 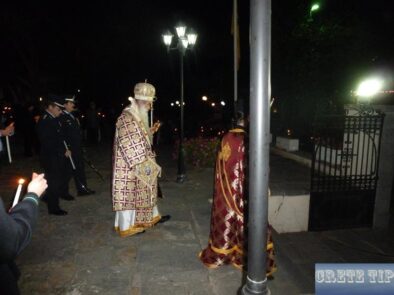 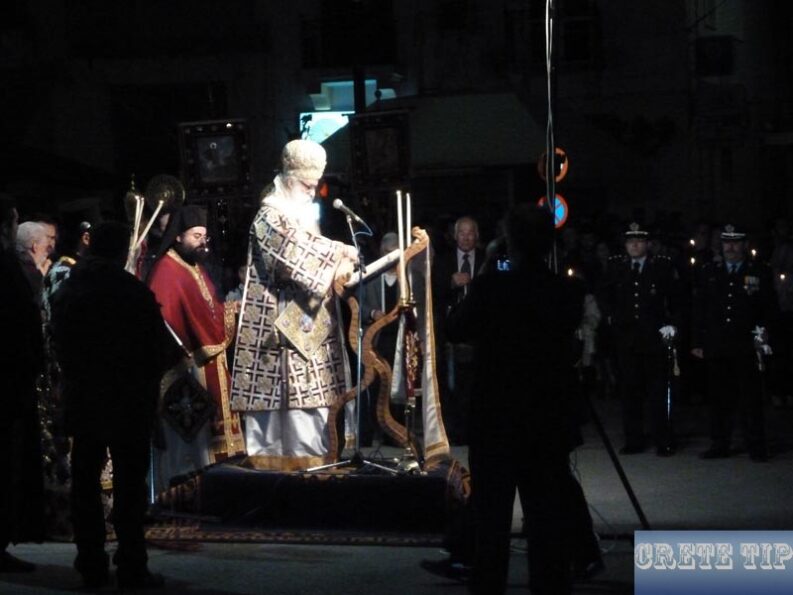 Easter speech by the bishop in the center of Neapoli. 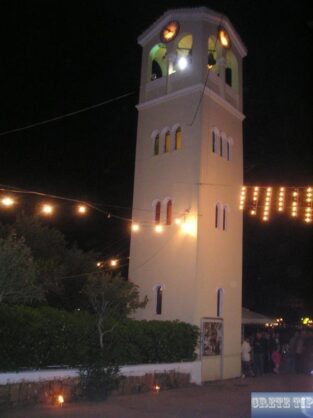 Bell tower of the church in Elounda on Easter. 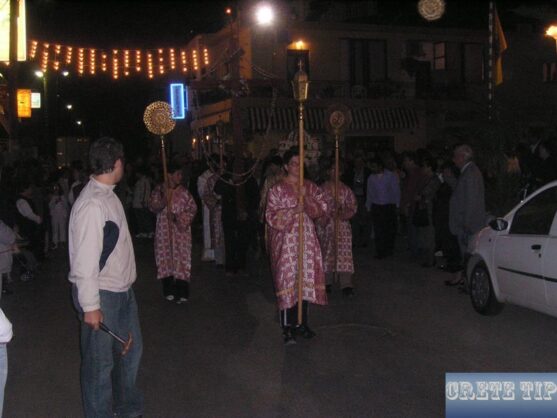 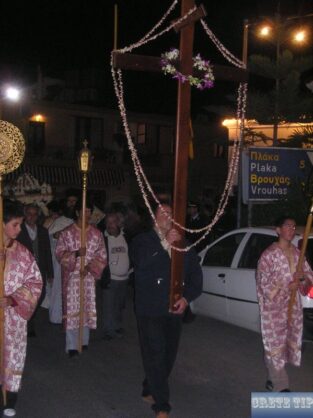 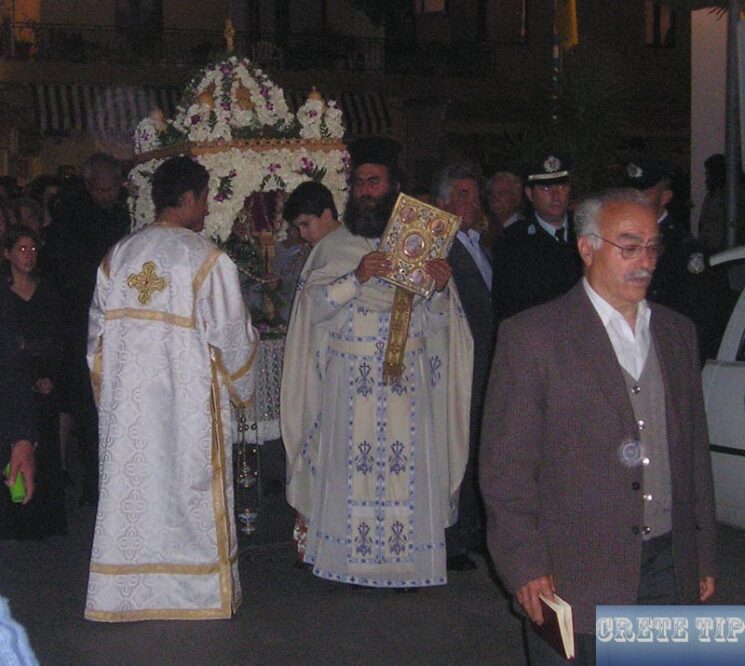 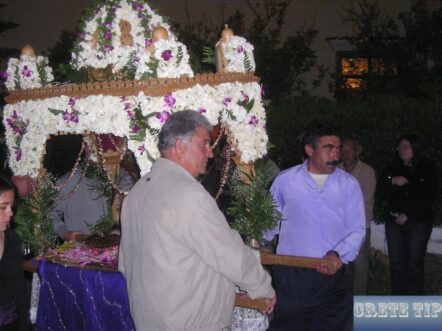 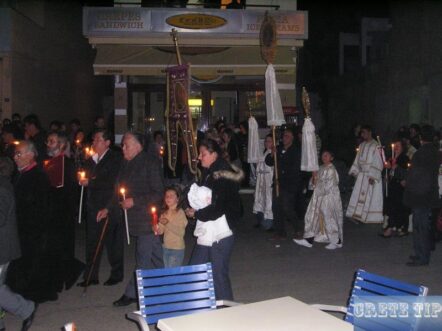 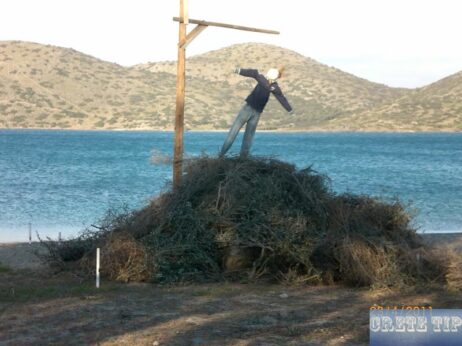 The symbolic Judas on his woodpile. 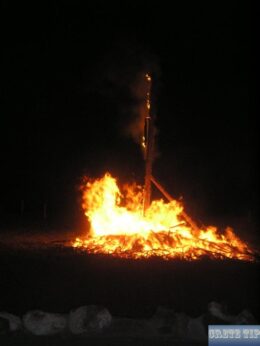 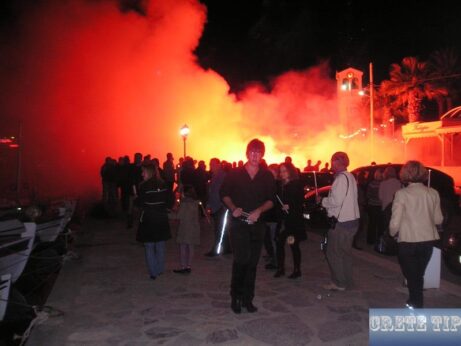 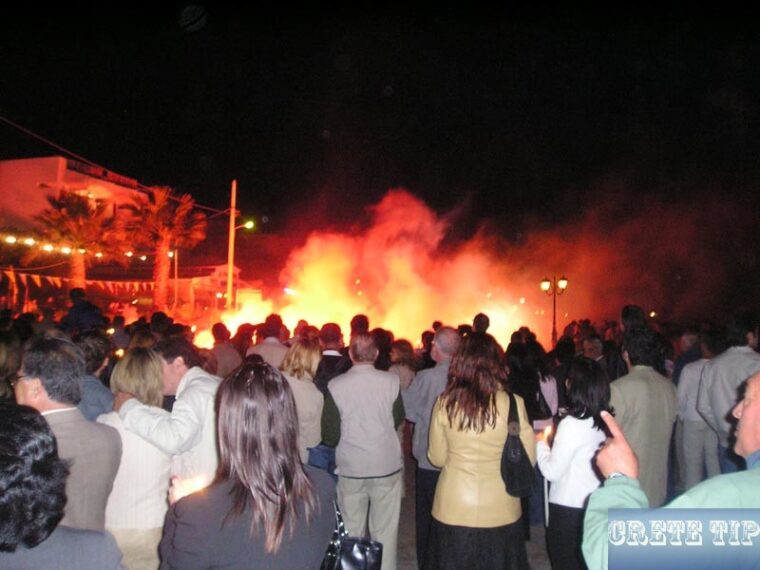 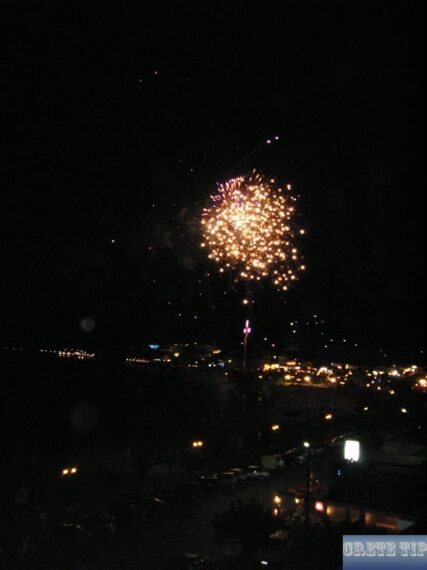 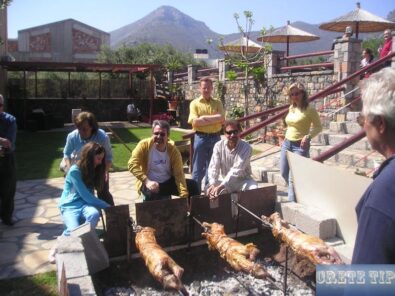 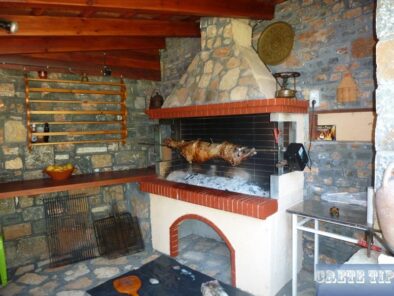 Grilling of Easter lambs, which takes many hours to complete. 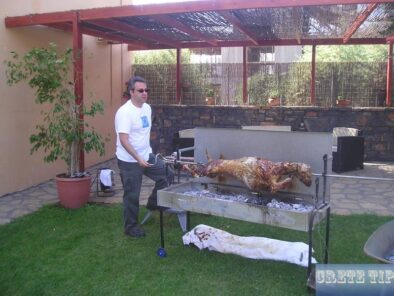 Grilling of a Easter lamb by hand. 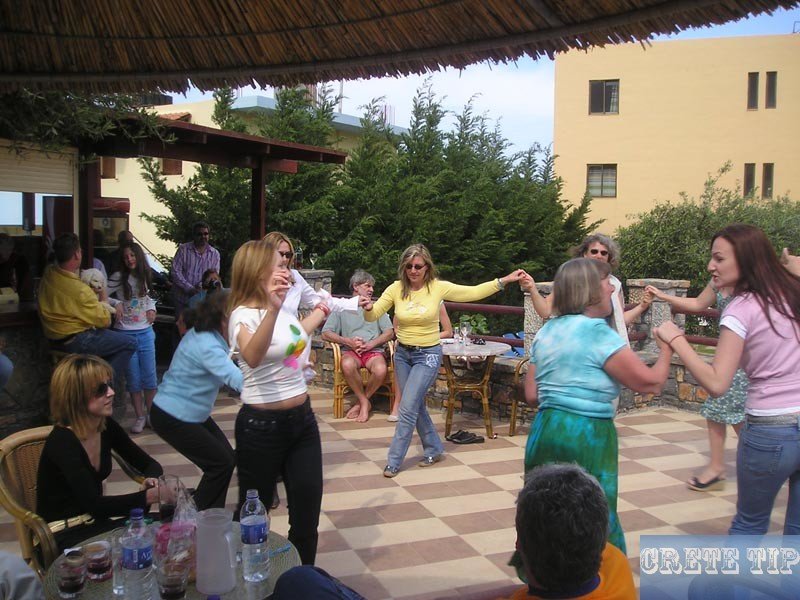 Festival atmosphere after supper with music and dance on Easter Sunday.