Fires on the island of Crete. Pictures from fires and extinguishing work, and tips for prevention and reporting of bush and forest fires.

Every summer there are serious fires on the island of Crete and throughout Greece.
In part, they are causes of natural kind, but usually carelessness by open fire or even discarded cigarette. Unfortunately, however, it is also often the arson case, partly to make space for buildings available.

Therefore, in the summer increased attention in dealing with open fires is necessary and signs of an emerging fire should be as soon as possible be reported to the authorities.

The following photos are from fires and extinguishing work near Elounda in recent years. 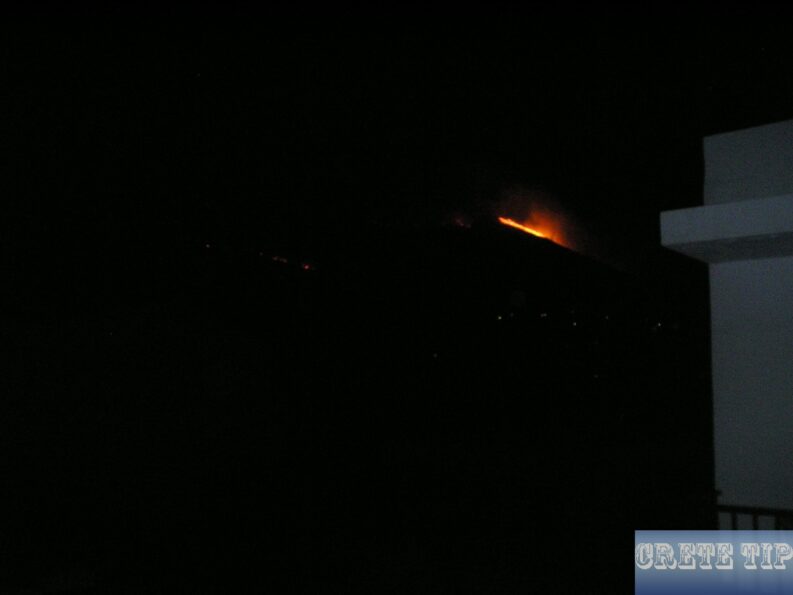 The first fire can be seen behind the hilltop. 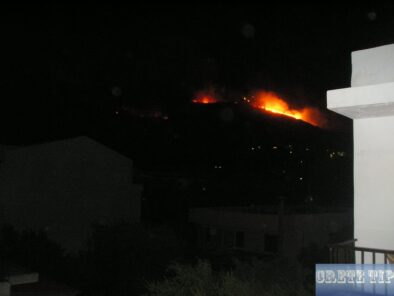 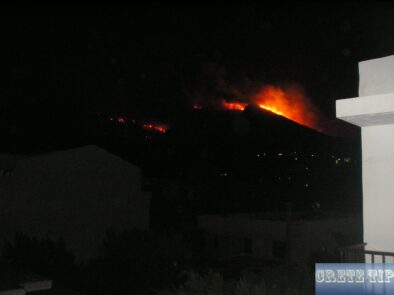 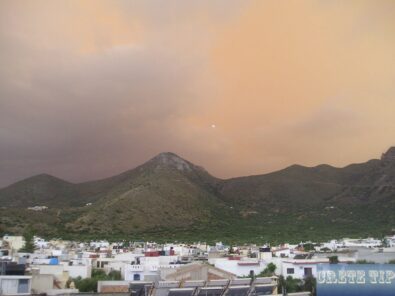 Red sky by the fire. 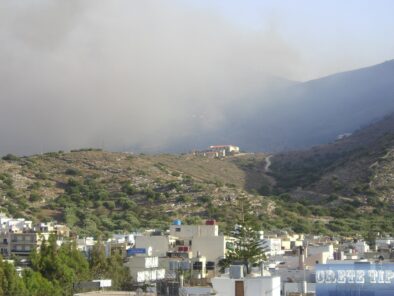 Clouds of smoke from a fire just behind Elounda. 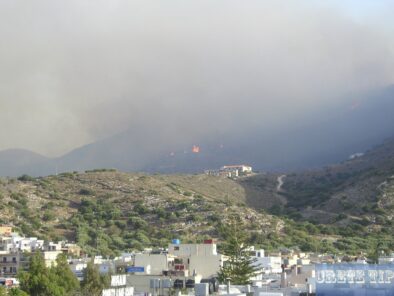 Smoke of the fire 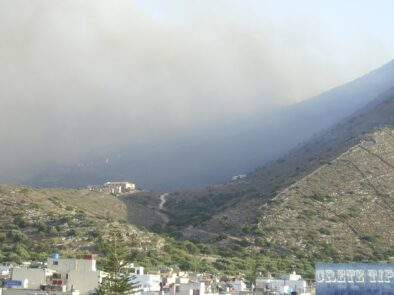 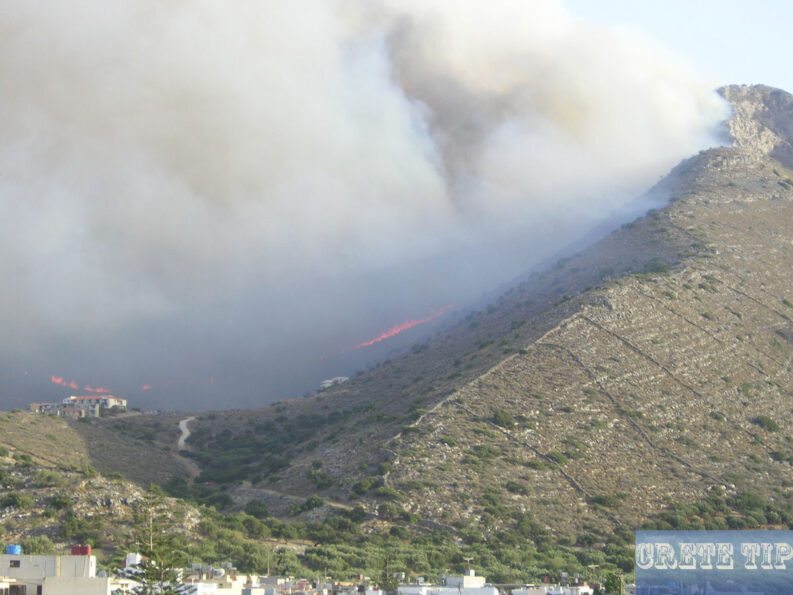 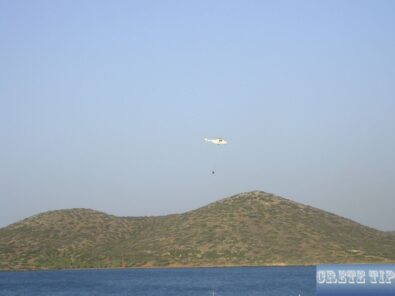 Rescue approaches in the form of a fire-fighting helicopter from Heraklion airport. 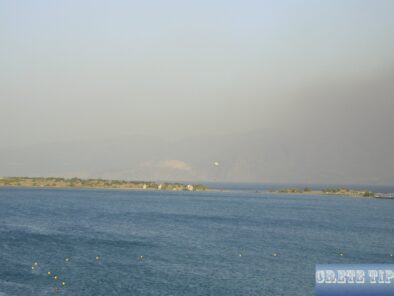 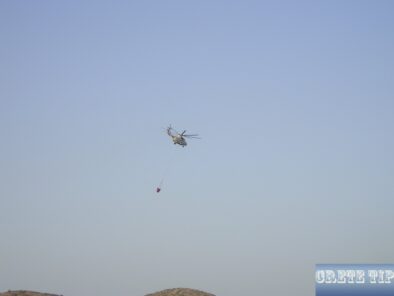 With the water tank, it goes on the fires. 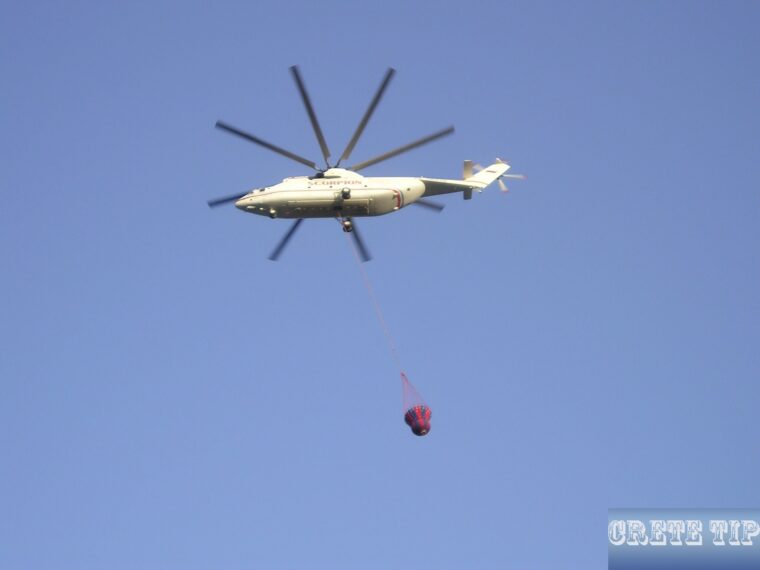 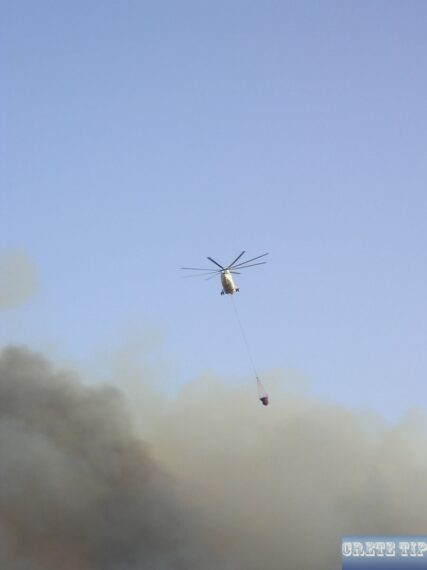 Flight in the direction of the fires. 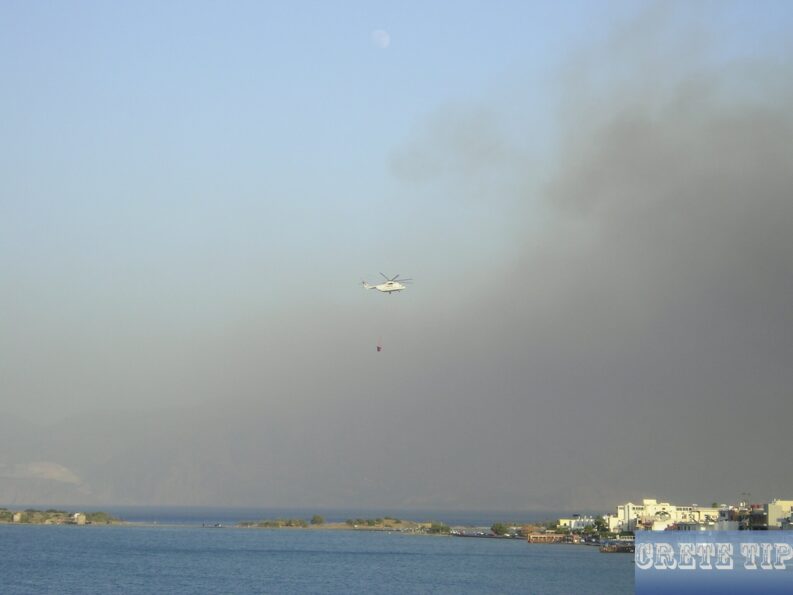 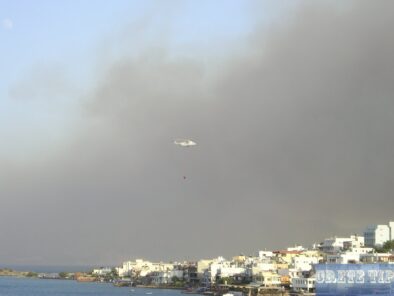 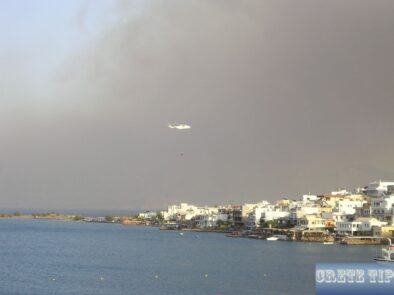 Forest and bush fires are a big problem all over the Mediterranean, and the season for them starts in May. It reaches its peak in July and August and lasts until the end of October.
During this period, outdoor open fires are prohibited. Nevertheless, between 2,500 and 3,500 fires occur annually in Greece. In addition, there are 5,000 to 9,000 fires caused by agricultural burns.

To avoid the outbreak of a fire, no straw, branches of trees or dried grasses should be burnt in summer.
Do not barbecue in forests or in places with dried grasses, branches or trees.
No work should be carried out under the open sky that could cause a fire – for example, with equipment that sprays sparks.
Never throw burning cigarettes carelessly anywhere.
Do not leave garbage in forests as it can ignite.

If you see a fire, you should immediately call the Greek fire brigade switchboard (telephone number 199) and report the exact location of your position and that of the fire. The type of burning vegetation and the direction in which the fire is spreading (wind direction) should be indicated. The call should not be terminated until all essential information has arrived clearly.

However, if you cannot communicate sufficiently in English or Greek, you can call the European number 112 at the headquarters in Athens. Here they also have the possibility to locate the position of your mobile phone, which is not possible at the next local fire station under 199. Several languages are spoken in Athens.

A selection of the ballot for today’s election in Greece From top left to bottom right: Potami (The River), SYRIZA (Tsirpas), Communists, Nea Deomokratia (Samaras),…

OXI or OCHI The ‘No’ at the local Syriza party office before the vote on the referendum, which is in fact probably a convenient for…