Mosquitoes on Crete and their prevention and defenses.

Evolution of mosquitoes, how dangerous they are and tools to fight them.

Mosquitoes are found all over Crete, especially during the period from April to October – the main tourist season. This time is the ‘Kounoupi’ sky for mosquitoes. Especially in wind still, after a spring with lots of rain and mild winters, there are many mosquitoes.

Although there are no known cases of transmission of a disease, they are still humming in the night, and they leave itching stitches. The mosquitoes in Crete are of different genera than in Central Europe and the first stitch usually causes a violent itching with severe redness. Only after a few weeks the body gets used to these stitches and the effect is then less unpleasant.
There are infinitely many mosquitoes and all have only one goal: to suck the blood out of their victims. As soon as the sun goes down until the early morning they appear out of nowhere and bite. As soon as you fall asleep you wake up by an unpleasant hum.

Mosquitoes are insects, which have been since around 30 million years. During this time, they have perfected their abilities to find their victims and suck the blood out of them. Their chemical sensors can register lactic acid and carbon dioxide up to 40 yards (ca. 37 m) away. Birds and mammals eject these gases during their breathing. Some chemical composition of sweets also seem to make persons who have eaten these more attractive to mosquitoes.
Additional, they can also visually perceive their victims, especially when one wears clothes that stand out against the background. As soon as this person moves, they have found their victim.
And once more, there are also have heat sensors, so that birds and warm-blooded animals are easily discovered when they come near to them.

Mosquitoes are thin, elongated insects with two wings, usually 6 to 12 millimeters in size. Males and females have both antennas or trunks, which are three to four times as long as the head. These insects belong to the group of Diptera, known as true flies, in the family of Culicidae. All real flies have two wings, but mosquitoes are the only ones among them where they are scaled.

Mosquito environments differ for every single breeds and may include organic places for example standstill water, ponds, as well as rainfall messes, tiny pockets of streams and springs, rotting substance for example wet leaf matter, marsh land and ditches.
Every healthful swamp lands certainly are a superb environment for mosquitoes, fortunately they are also the place to find mosquito predators.
Several varieties of mosquitoes may travel far away from the breeding places. Nevertheless, specified mosquitoes are believed household types for the reason that bread around the house within little, fabricated pots; for example unfilled bowls or pots having liquid inside and also aged wells.

Mosquitoes survive in either clear as well as in dirty ponds, inside the most natural as well as in among the most toxified liquid. Including even the oily and practically ink tinted rainwater standing inside unused olive oil barrels. Their preferred environment nevertheless are definitely low ditches having a muddy ground and minor vegetation.
Simply female mosquitoes bite people as well as other creatures for blood in order to supply the eggs. Male mosquitoes don’t need the blood.
Numerous creatures such as bats, dragonflies, and numerous types of birds feed on mosquitoes within their common food plan.

Female mosquitoes of many types must drink blood to create eggs. Based on the varieties, the origin could be a cold or warm-blooded creature. Male mosquitoes can’t bite and the two genders work with their extended proboscis to eat from the nectar of plants or any other sugar providers such as honey. People have learned to consider the mosquito as a blood drinking bug, however their main supply of diet is actually sugar.

Several types of mosquitoes, such as the common house mosquito, ‘Culex pipiens‘, put the eggs on top of clean and also flat water. Eggs could be placed always where liquid is flat – within cans, as well as thrown away car tires. However, mosquitoes favor liquid areas shielded from blowing wind.
It doesn’t necessarily need a great deal of liquid because several mosquitoes will be able to reproduce within a single centimeter of stagnant water.
‘Cluex’ mosquitoes commonly put the eggs at nighttime and the eggs remain together because of a specific tooting on the edges of them that create a raft somewhere around 38 millimeters wide and 64 millimeters in length. The raft may very well consist of varying from one hundred to three hundred eggs and appears like a flake of soot drifting on the liquid top. ‘Anopheles‘ species put the eggs individually over the liquid area.

Every one of the mosquitoes requires water to crow up. The larvae look like small wiggling worms, therefore the nickname ‘wigglers’. At this point they don’t have any wings or legs. At all phases they inhale air. The larvae drift on the top of the liquid and inhale using an air pipe at the tail end. They dive down to evade to be caught or for food. Having ideal circumstances, the larvae develop in a short time into the larval phase, molting 4 times within the next days, until they turn out to be pupae.

Mosquito pupae are commonly known as ‘tumblers’. They’re comma formed and may aerobically move away whenever disturbed. At this point the grownup mosquitoes are metamorphosing and therefore are developing legs and wings. Similar to larvae, pupae inhale air at the surface of the water, but they use a pair of tubes on their backside. Once they have finished metamorphosis, the grownups burst through the pupal skin and appear on top of the liquid.

Grownup mosquitoes wait on the surface of the water until they are able to fly and therefore the hunt for food can start. The whole period from egg to grownup may take not as much as ten days to accomplish, based on the temperature. A female mosquito can survive for a great deal of the summer based on the shelter and weather, and if the female mosquito survives sufficient time to drink on blood multiple times, it has the risk to deliver blood borne diseases. In ‘Culex‘ and ‘Anopheles’ types, the fertilized females survive the winter in protected spots like animal burrows, caves, drains or cellars.

Prevention and defenses against mosquitoes

Clearing away appropriate reproduction environments – for example standing liquid from around your location – will avoid mosquitoes from crowing up close by. Setting up mosquito screen

and preventing them from getting inside is an extremely efficient way to avoid vulnerability in the house.
Whenever outdoors, wear extended pants and sleeves, particularly at dusk and dawn, and use insect repellents with as many as 35 % DEET for adults or 20 % for kids over 6 months old. Bear in mind mosquitoes naturally steer clear of lime or lemon goods. Citronella is a dense liquid and is very effective.

. In case you travelled camping you should certainly have netting which needs to be put to use each night and also shut down prior to dusk. When you have to open the camping tent at night-time, you need to have an insect repellent on, if you don’t the mosquitos will quickly realize the way in, and ruin the rest of your otherwise relaxing and peaceful rest.
Similar is true if your staying inside a room, house, apartment or villa.

Burning off some kind of incense sticks can be a choice. You light them and keep them burning attached to a holder placed on a plate. Mosquito coils certainly are required, because they’re able to clear a spot from mosquitoes to some extent for outdoor activities. However, they will not likely avoid all attacks from the most persistent of this blood-suckers.

Every one of the mini-markets and supermarkets on Crete should have a wide selection of insect repellents in stock, from pump sprays to aerosols and roll on. Sprays for your room, mosquito coils that you simply light one end and allow it to burn slowly around the coil.
Electric mosquito plug

, which have a liquid as a repellent, have also proven particularly useful.

Another ‘mosquito-terror’ is a running air-conditioning system, as there are usually no mosquitoes in these rooms.
Additional, a Mosquito Lamp

kills many insects without chemical additives during the night.

After Sunshine with Insect Repellent, is crucial and don’t leave the doors open having lights on inside your rooms whilst enjoying a drink on your balcony as this is an offered invitation to allow mosquitoes to hide until your almost ready to go to bed. 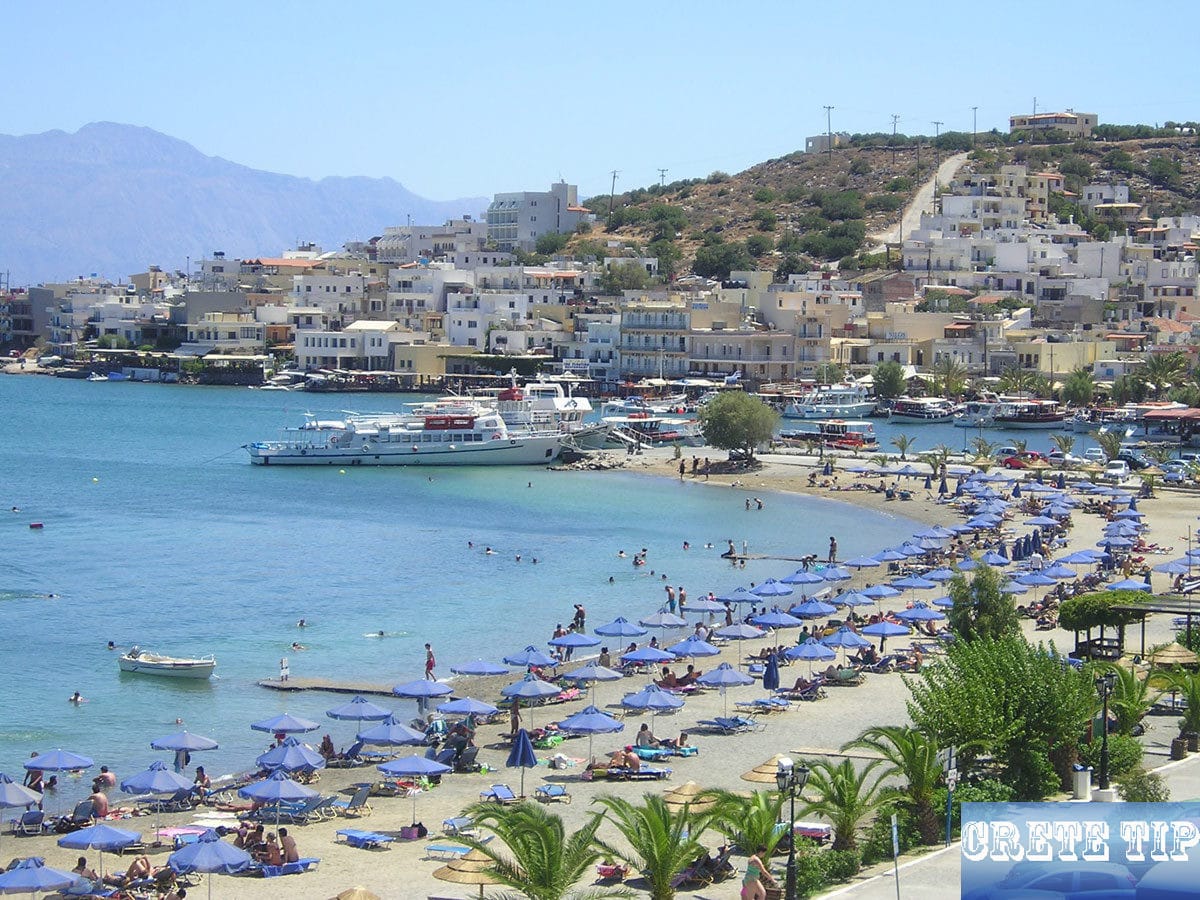 Water temperatures, climatic data and information about beach holiday in Crete. The danger in the sea, other bathing instructions and dogs on the beach. For… 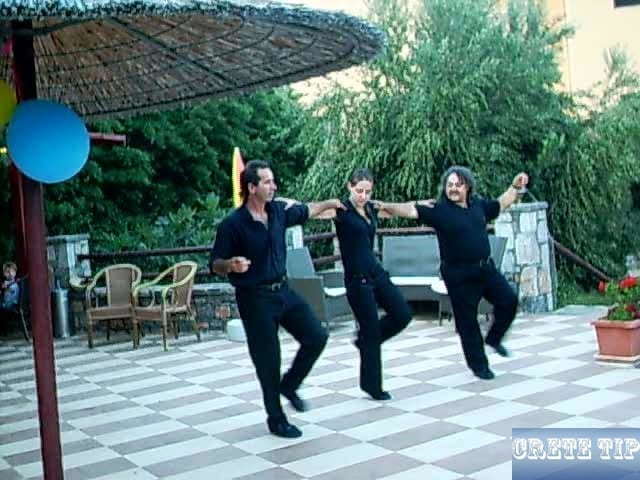 Folklore, traditional dances and costumes, festivals and celebrations in Crete. This extended character trait of the island shows its original form only outside the cities…